A couple of years ago, when Albert Isern watched out the window while cradling his son at night, he saw a neighbor chasing his cat with a flashlight. At first he thought he was doing it to amuse himself, but when he saw that the situation was repeated he thought that he had probably been cut off. The neighbor’s bad drink shocked him to the point where he decided to develop a technology that would detect vulnerable situations. Isern, together with Joan Bosch and Aser Murias, had founded Bismart in 2009, a company specialized in providing big data services in companies.

All of them came from the computer world and, seeing that the crisis outsourced these services, they created a company of massive data analysis, an incipient technology. Isern explains that his experience in the sector allowed them to work for large corporations in banking, construction and pharmacy. Also they collaborated with administrations like the Generalitat – in the elaboration of Pla de Govern de Salut -, the City council of Barcelona, Valencia, Bilbao and Berlin.

So in 2014, Isern launched the creation of a technology to detect vulnerable situations. The system was to mix anonymous data (such as per capita income, the price of the square meter …) and create user profiles. The proposal won the award for the best solution of innovation of the IoT Solutions World Congress and is now in the testing phase for the Generalitat. But the most relevant award came in 2013: the best Microsoft Business Intelligence solution. Since then, Bismart presents its technology every year, being finalist in 2015 and 2016. Albert Isern explains that the collaborations with the computer giant have served as an international speaker to the company, which in 2016 invoiced 3 million euros, 10% of which in exports.

Isern expects to grow to 5 million this year, driven mainly by the international market, which expects to mean around 25% of turnover. In recent years, Bismart has opened offices in Germany, Brussels and Singapore. Even so, the activity is concentrated in Barcelona and Madrid, where the company employs 50 people. The founder of Bismart says that, in the coming years, the company will expand its offer with artificial intelligence services.

The firm expects sales of five million this year and to add more awards for its social technology. 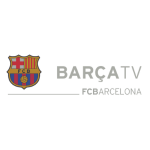 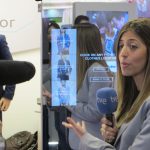